Previous Episode
Sade stepped out of the door gun-first. The passage was in semi-darkness. She dropped to her knee and listened. The silence was total and dangerous. She knew this kind of silence too well, it was the kind of silence that held blades and pulled triggers. This silence was mostly only broken with a fatal cry.

Sade took a step forward. She listened. The passage ended in a furnitureless sitting room. She covered it in five or six long strides. The badly lit sitting room was half moon in shape with a staircase in the middle, surrounded by a door and half a dozen windows. Sade was interested in the staircase, she would make a better defense if she got upstairs and lured her assailants up. But the distance between the cover of the walls of passage and the stairway was too large, nearly ten feet, she would be hit from any of the numerous windows before she made it.

She decided to wait. They were after her life, there was no need in hurrying. It was they who were under pressure to get her. It was her life and she would wait for a decade to save it. She had nothing to lose. She waited. The silence grew thicker, thicker and began to close in on her, tormenting her patience. She didn’t care, silence and impatience never killed. She had once been cornered like this in a the Tunisian swamps, for close to nine hours. She…

A window glass shattered the  silence. A small ball landed in the middle of the room. Bomb, Sade hugged the floor waiting for the blast that would tire her into pieces. Nothing happened. She looked up and quickly shut her eyes at the thickening fog of smoke. So it was a smoke bomb… She sharply held her breath in order not to inhale too much of the toxic chemical, and began a quick crawl to the stairs. When Sade reached and climbed the first steps, it dawned on her–this wasn’t an ordinary smoke bomb. She felt herself losing consciousness, gradually, steadily. Then total quiet. 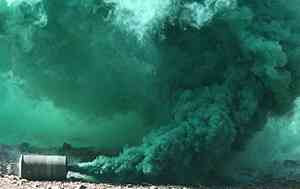 #        #
Slim. Just Slim. No surname, no title. Slim. He was, some years back, the most feared Russian assassin in Western Europe. A stint of recklessness saw him entangled with a prostitute in Italy who bathed his face with cooking oil. He was put away in the hospital for months. When he got out with a monstrous face, he would have sworn his confidence was intact and even prove it. But his superiors had little care for oath and proofs. They demoted him and sent him to the quiet waters of Central Africa. Slim bore grudges; he was a bitter man.

His six years here had been uncommonly boring and frustrating. It was worse than working in the civil service back home. And the women were a hardship to lay. He hated Africa. But his life had suddenly come alive earlier today when he was ordered to go finish Sade. He had never met Sade but he had heard stories of her escapades. Then he read her file and was convinced she was the most dangerous agents Africa had ever seen and would ever see. It gave him joy to be the agent that would put a bullet in her guts. He was succeeding where hundreds of agents from the major powers had failed.

So as he steered the tired jeep to Manka’s rendezvous, he permitted himself a guttural whistling. He would have fun.
#         #
Navas smashed an angry foot on Sade’s side. ‘I have lost two good agents because of you bitch,’ and again he kicked the woman lying on the floor of the sitting room, her head on the foot of the staircase, her face covered with blood from Navas persistent battering. ‘Bastard,’ he spat and stamped on her belly. Sade moaned. ‘Why don’t you use your gun?’ she managed.

In response he stamped her on the belly with all the energy in his veins, twice. ‘Coward,’ she said. Stamp. ‘Sir we are wasting time,’ Navas orderly said. ‘Of course,’ Navas agreed. ‘The pilots should be impatient now. Carry the bitch to the car.’ And Navas turned. He opened the door and looked straight into Slim’s Makarov. Navas opened his mouth to say something, Slim shot him in the mouth. ‘Drop the girl,’ Slim said to Navas’ orderly who had half carried Sade, in bad French. He quietly obeyed.

Slim threw a pair of handcuffs on Paul’s feet. ‘Handcuff yourself in the window burglary.’ Paul took the cuffs to a window and cuffed his hand. ‘I will kill you later. But first I wish you to watch a blue film.’ And he revealed vampire teeth. He looked down on Sade. ‘Beautiful bitch.’ He reached for his trousers zip and drew it down. He brought out an enormous phallus. ‘Lucky bitch,’ he said, ‘I am going to satisfy you before you die.’

Sade shut her eyes. A frustrating anger filled and boiled inside her. God, she prayed, please take my life before…

Slim fell on her, cutting her prayer short. Sade couldn’t feel any amorous activity on her flesh. she heard his painful gasp, and then complete quiet. She felt Slim’s body being removed from her. What was he doing? She opened her eyes. Mark was standing before her, smiling, his pistol smoking while Maku dragged the Russian’s body away. ‘You are almost late,’ she said.

Sade looked at Maku. ‘You are been piloted by a man born before independence.’ They laughed.
#         #
Sade woke up with significant freshness and gratefulness. She was alive and far removed from harm less than a quarter of a day after she had looked death in its black eyes. She pushed the blanket aside and stepped down. A small knock landed on the door. ‘Yes.’

Mark entered the room carrying a tray of of two steaming teas. Sade’s belly grumbled with warmth. ‘Sweet morning,’ he said. She smiled. ‘You sure wants to spoil me.’

‘You deserve it.’ He placed the tray on the stool. Sade took one cup. ‘Where exactly is this place?’ ‘It’s in the coast of Cameroon. This house itself used to be a love nest of a former vice president. The last time he ran for president, he claimed he no longer womanised and abandoned here. The war office took it.’

‘You brought me to a love nest?’ He tried to make excuses but the fire in her eyes stopped him. They watched the fire burn each other’s eyes. She replaced the tea. Then their lips slowly met in an urgent kiss. She laid back on the bed, he lowered astride her and their tongue and lips and glands danced to a passionate rhythm. He reached for her nightgown, slipped in his hand and explore soft breasts. Sade placed warm palms on his shoulders, he stopped.

‘Of course.’ They were united in their hot sensuous breathing. Sade sat up. ‘How long do you intend to stay here?’

‘I believe it will take me one week to arrange for your false papers and find a place where no one would ever find you.’ He took a sip. ‘Then I will stay another week.’

‘I foresee a beautiful two weeks. It’s been a while I had some real fun. Won’t Abuja miss you?’

‘They should. But the report I gave Maku should cover me. I told them I am trying to trace some Camus terrorist arrangements in Cameroon. The presence of the hostage Paul will cement my story.’

She pecked his chin. ‘You lie to the Federal Government just to be with me. I am sentimentally impressed.’

He watched her walk to the window. ‘Been with you is important. But equally important is hiding you and making sure no evil befalls you. If FG can’t protect you then we may have to lie to them to do the needful.’

Sade was only half listening. She was staring at the Olympic styled swimming pool outside. ‘Hey Mark, this is beautiful!’

‘I feel like swimming,’ she turned to him now by her side. ‘Not yet. You are not strong.’

Their eyes met again, again that fire. They didn’t have a consciousness of moving but they were soon in each other’s arms in a fresh kissing course. Next, they were  rested on the bed, exploring, daring. She was ready, after all.
#            #
The head of HAZARD, Camus Island’s spying outfit, Hugo was hysterical. He smashed fat fists on the desk. The air crew hadn’t heard from Navas and they were supposed to have left Cameroon seven hours ago. What had happened? He cursed himself for having spent the night at his mistress’. Now he had lost several hours. The team he dispatched to check on Navas were due to report anytime now, but he wasn’t optimistic. And Colonel Hector never forgave a mistake. He rose to his feet. His telephone charged to life. He scooped it up. He was shocked when the voice spoke in English.

‘My name is Maku, a Nigerian agent. I am expected to deliver your operative Paul who’s currently in our custody to my government. But I am prepared to sell him back to you. I am also prepared to tell you Sade’s hideout. But this will cost you a real fortune.’

‘May I speak with Agent Paul?’

A quick exchange in Spanish and Hugo was convinced. The phone was returned to Maku. ‘You know where Sade is right now?’

‘And you are prepared to sell her?’

‘At the right price.’

This series is read by a relatively large number of people. But the response isn’t good enough. If you guys don’t like Sade say so and I will kill her off in the next episode and that will be that. Haba!