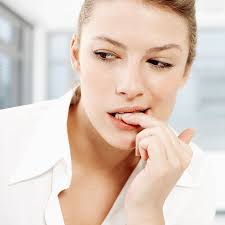 These days, I am getting serious insights. I will sit down eating and suddenly 12 signs you are a terrible eater would drop into my mind. I get into a car—18 signs your car is made in China; I see a nice looking girl—9 signs she isn’t a wife material; I read your poem—23 signs you are a terrible writer; I sit in the toilet—5 reasons not to shit before 6am. Etc. Insights are pouring out like a burst dam. My head is out of control, overflowing with ideas.

Thank God for this blog.

Yesterday, in my townspeople meeting, someone did something casual but terrible and suddenly 7 Signs You Have Poverty Mentality dropped on my laps. While in the car, on the way home I began to compose this post.

1, If You Assume the World Revolves Around Your Poverty.

People with this mentality usually use their lack as a yardstick to measure waste and extravagance. For instance, if I say ‘My uncle spent 300 thousand naira on that pair of shoes’ someone with poverty mentality would respond thus: ‘That money could have paid for my rent plus buy a new TV and two years DSTV subscription. Chai, that is an utter waste. Honestly, that guy wasted real money there.’

Yeah, it might be a waste but the fact that you use yourself as an example of one who needs help says it all. There are hundreds of millions of people you are better than, from refugees to the homeless, to the motherless, yet you chose to present yourself as the sole symbol of lack.

2, If You Investigate the Worth of Gifts You Receive.

Someone gets you a gift and you want to know how much. Mostly, because you still have the possession of your senses (sometimes actually) you don’t ask him; you go to Konga or Jumia and search for phantom 6 gold. Just to see the price.

It is not even that you are ungrateful. No, just that you are a price tag. You are never satisfied util you attach a price to every possession. He buys you a set of bra and you bring them out one by one; ‘this one should be 300 naira, this one is around 850 naira.’ Ah ha, poverty mentality noni.

Those people who stop you on the way and ask, ‘how much did you buy these shoes?’ or ‘Beautiful gold chain. How much?’ poverty mentality is their problem.

If you missed: 10 Signs You are not ready for Marriage

3, If ‘Expensive’ is Your Favourite Adjective.

4, If Material Things Are the First You Notice on People.

Yeah, you see your aunt for the first thing since 1912 and you cry as you run to hug her, ‘That is a diamond bracelet you are wearing!’

5, If Everything You Stand For Has a Price.

Now let’s do some practicals. Answer these questions to yourself:

‘Can you let your boyfriend/girlfriend sleep with your best friend for 25 million naira?’

‘Can you betray your brother for 60 million naira?’

‘Can you leak your firm’s top secret for a managerial position in a rival firm?’

‘Can you send nudes for 100 thousand dollars?’

‘Can you testify falsely against a public figure for 40 million naira?’

‘Can you defend a corrupt/evil government in exchange for an appointment?’

Now go through the questions again and review your answers. If you as much as hesitated before any question, you don’t have a poverty mentality. You are for sale. Armed robber.

6, If You Judge the Success of an Event by How Much You Ate.

When people report that a wedding or a funeral was ‘wow’ I habitually asked what made it so? People with small mind reply that ‘big boys were there. The latest fashions, designers were on parade.’ Team poverty mentality would say ‘Mehn, food was surplus. Anything you want, serve yourself; be it ogbono, egusi, ora plus abacha with fresh fish plus chopped pomo. Ahh, and the rice, fried, jollof and white rice with stew or pepper soup. The chicken is the size of Banky W’s head…’ bla bla bla.

Do I need to say more?

If you missed: 10 Signs You are a Sadist

7, If You Can Fight Because of Food.

Most especially in public. Or quarrel or insult people because of food, food o. Ordinary food. Mehn, your poverty mentality is pregnant and nursing a baby at the same time. You see people dress in an expensive suit or asoke seriously abusing each other because of amala. But some ushers can make a bishop lose his cool.

The other day at a wedding, the usher kept bypassing our seat to carry drinks to some section of the hall. You could think is personal chi is leashed on that section. I stood up as he passed with the crate, reached and put one bottle of malt out. He grabbed the malt. I held tight. He increased his grip on the bottle. I refused to let go. Time stood still. The world stopped rotating. Finally, the punk let go.

I was so angry after drinking the malt I followed the guy. He had the crate between his legs as he gave the drink to people he considered superior. I reached for the crate and took another malt—

Shut up. I was only displaying outrage. I was trying to tell the fellow that if I leave the premiership matches to come to this event, I was deserving of being served at least a bottle of malt. When denied one, as a statement, I would take two bottles.

Stop shouting in here. This is my blog and I can hereby disqualify you. I decide what is poverty mentality.

But by taking two malts someone may not get any, you might point out if you wish to argue (I don’t have your strength). Perhaps someone won’t get any which is mostly because the ushers hid some crates. It happens at events. Everybody cannot get everything. It is a wedding not a meeting for gluttony. Anybody who didn’t get a bottle should relax, go home and drink pure water. They are the same thing. If the person complains aloud the person has poverty mentality. Period.

10 thoughts on “Seven Signs You Have Poverty Mentality”